5 Reasons Multitasking is Bad for IT Productivity

When it comes to IT operations, multitasking seems to be a prerequisite. Quite often it's even written into the job posting. However, research is revealing that multitasking may do more damage than good.

Between the time-driven customer responses, the growing demands for technology projects from the business, 99.999 up-time guarantees for the system, and a multitude of maintenance needs for the entire environment, your in-house IT resources have their days filled with continual distractions. It's understandable that IT leadership is on a lookout for women and men in capes with a big "M" for Multitasking emblazoned across their shirts. But it turns out, these multitasking superheroes may not really exist.

There are 3 types of multitasking, with the first being the most often perceived, but the least common in reality.

1) Simultaneous - doing two tasks at exactly the same time. We humans can handle walking and chewing gum, but we were not really designed to do two mental tasks simultaneously.

2) Task Switching - this is the much more common type of multitasking we engage in, shifting from one task directly into another without finishing the first one.

Workplace evidence, cognitive studies and our personal anecdotes, at best case, point towards multitasking being a myth, and at worst, show that multitasking affect our health and professional lives in some negative ways.

This Conclusion is Highlighted by 5 Reasons:

Several studies have found Multitasking (primarily task switching) can be 40% less productive then batching similar tasks. Similar to a machine there are time and costs to change over from one task to another.

Several studies have found Multitasking (primarily task switching) can be 40% less productive then batching similar tasks. Similar to a machine there are time and costs to change over from one task to another.

In a study of two groups performing the same tasks with and without task switching the heart rate was higher among the task switching group. The constant switching can provide a feeling of lack of control and lack of accomplishment. Both can be stressful.

5. It makes us unhappy

If the first 4 reasons alone don't make you unhappy then you may be someone prone to crave multi-tasking. You may value being busy over being productive. You may believe you are part of the 2 %. Or you may have trouble focusing, so you welcome distractions to get out of having to focus. Bottom line, you probably still fall prey to being less productive then you can be and creating a less healthy work environment for you or your team.

What Can You Do to Eliminate Multitasking? 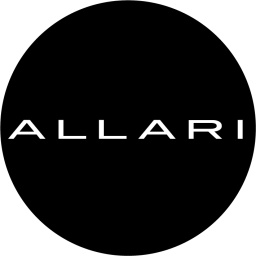 Providing a data driven, globally distributed IT workforce that drives the necessary task automation you need to optimize the cost of running the business and free up capital for new capabilities. It's now possible to accelerate business change. Our team is in 14 countries which allows us to deliver services to and from the Americas, EMEA & Asia Pacific regions. We offer an expansive skills matrix available on demand and deliver the resource you need when you need it and how you need it.