The Key to a Self Motivated Team

Cognitive studies have found we are more self-motivated when we feel more in control by making our own choices. As a leader, harnessing this aspect of human nature or standing in its way can be the difference between success and frustration.

Motivation and The Brain

In the fascinating book, Smarter Faster Better, author Charles Duhigg tells us the story of Robert Phillipe. A hard working, always on the move entrepreneur, who built a chain of small gas stations into an auto parts empire in Louisiana. Robert and his wife, Viola decided to go on a vacation to South America although Robert could not envision being able to keep his mind off of his work back in Louisiana.

While in South America, Robert started to take on some very strange behavior. He got upset and flew into rages without any cause. He starts speaking out loud to himself and begins to feel sick, vomiting and feeling faint. After a few days they decide to cut the vacation short and head home. After returning back to Louisiana Robert’s strange behavior and sickness seemed to stop, but now, the life-long entrepreneur no longer feels the desire to return to his auto parts empire. He’s content just staying at home and watching television all day. He is not unhappy or depressed, he just doesn’t have motivation to do anything. Doctors could not figure out what may have happened to him to cause this drastic change in his personality.

Cut to another story- Duhigg writes about the researcher, Mauricio Delgado, who was conducting an experiment to determine what part of the brain is active during game play. Participants would play a game where they would guess if the next number to be shown (between 1 to 9) was higher or lower than 5. A simple game, but the participants didn’t know Delgado had actually rigged the game so they were right about 50% of the time. Regardless, the players kept wanting to play this simple guessing game over and over. Through this, he was able to see which part of the brain was active during the game, but he was unable to figure out why they kept wanting to play such a boring game.

A few years after this experiment Delgado tried a different one where the participant would guess in some rounds but he let them know a computer would be making the guess for them in other rounds. As It turned out, getting the correct answer didn’t make any difference in the brain’s activity. It was only when the participant made the choice themselves, that the section of brain noted before became active. Only when they made the choice, whether right or wrong, did the participant want to play more rounds. It was the anticipation and excitement of choosing that actually made the difference.

Back in Louisiana, years after his trip to South America, Robert Phillipe’s wife had grown tired and frustrated. She tried to help him and do all she could, but he continued to be without motivation. He wasn’t engaged with anything like his old self. For some reason, the part of his brain responsible for motivation simply lay dormant. Flummoxed, Viola decided on a new strategy. She would start asking her husband questions on everything. He would have to make decisions on all of little details of his daily life- his choice for lunch, did he want turkey or roast beef, water or juice. Simple questions which he would ultimately need to be responsible for. She found that after some time, when Robert continued making these decisions on his own, as minor as they seemed, he began to become more engaged and returning to his old self. The part of his brain that was dormant after his illness seemed to have awoken once again.

Internal vs. External Locus of Control

In a study, Rotter asked students to solve a set of puzzles. After completing, one group was told they did very well and that they must have worked very hard to do so well (internal locus of control). The other group was also told that they did well on the puzzles, but that it must be because they’re very smart (external locus of control). In the next round, the students who were told they must have worked hard were motivated to chose more difficult puzzles which they also did very well on. The students who were told they were smart, on the other hand, chose easier puzzles the second time around. Though they had been praised for their intelligence, they were less motivated to take the risk on harder puzzles since they were unable to influence their outcome.

A higher internal locus of control is linked to a sense of control over the actions and outcomes in our lives, which in itself, is linked to our self-motivation. Fortunately, we have the ability to increase these levels, although the changes occur on a two-way street. As a leader, while we may have a high internal locus of control ourselves, this does not necessarily translate into allowing for individuals and teams to leverage their own innate motivation. Management style plays a large factor in whether we nurture or blow out the embers of self-motivation in others. Overcontrolling, removing control and dictating work requirements due to a lack of trust or belief in the drive or enthusiasm of a team is easily a byproduct of a leader’s high internal locus of control, but it can also extinguish any spark of motivation a member inherently had.

Of course, the style of management I’m referring to, and the douse of water on a self-motivated team, is that of a micromanager. But how can you tell if you’re a leader who has a high internal locus of control but is also a micromanager? Drop to the next section.

Over time, a micromanager may be creating a team who lacks self-motivation, having mistakenly assumed they lacked it all along.

Are You a Micromanager?

Some signs you may be a micromanager as listed in a HBR article:

Sound familiar? I’m sure there are days or weeks where we can answer yes to some or all of these, but if one finds it as a general pattern in their management style, they will have a hard time allowing for self-motivation in their teams. Over time, a micromanager may be creating a team who lacks self-motivation, having mistakenly assumed they lacked it all along.

For the team that has been micromanaged, it takes practice to be un-micromanaged.

Here are a few steps that will help your team to stay or become more self-motivated: 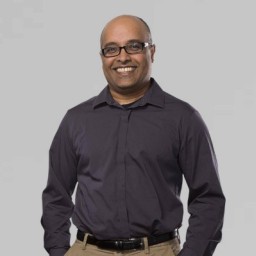 I started my journey with Allari in 2000 and have been on a fun ride learning, teaching, building, re-building, failing, and succeeding with a lot of help from many others who have been on the same road.